“Crime and business rarely work out, right? Sure they don’t. This is a story of a small town in Florida and the dealings and life of three different families, all united, yet divided. The action takes place from S. Florida to France; you may find yourself unwilling to stop reading. The plot is complex and ingenious; you roll through the story in a controlled and masterful way.”

“The protagonist, Christopher, is a grand, complex and unforgettable character. Two of the characters are remarkable and feel so real. The story within a story is perfect for this book, and the framing with one of the characters telling the story makes it an enjoyable read.”

Christopher by James Huber is a romantic action story told from the point of view of a reporter. Christopher is a chauffeur who is somewhat disappointed with his life. He has worked for the same family for almost half a century and is seriously thinking about retiring. Then a man appears on the scene; a man who was once involved with the boss’s daughter and if there is one thing the boss is sure of, it is that he doesn’t want this man anywhere near his daughter again. So, his assistant, Thomas, gets the job done with the help of a couple of shady characters but, at the same time, he is looking out for number one. When the boss goes down for another crime, Thomas sets about destroying the whole family, especially his old nemesis, the chauffeur. There are plenty of questions to be asked and only two people know the answers – Christopher is one, but who is the other?

“Christopher by James Huber was a fascinating read. The way it was written from a third person point of view made it very easy for me to fall into it. It was almost like “Storytime”.” 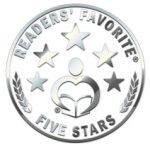